I would like to tell you a story. The story of a girl who made it possible to follow her biggest dream. The dream that was so deep, that didn’t let go even after 10 years. But for you to be able to understand it fully, we need to go back in times…

For 25 years of my life I lived in the village, close to the nature and helped in my parents farm. We lived far from any city or even a bigger town. Those years, were the years, when anyone hardly had a car, so we had to rely on public transportation or even our own muscles. I hated that, because society was telling me that all that is amazing is in the city. Society was telling me that what’s the most important, it’s so far away. I also discovered that I’m really interested in, what is in the other parts of the globe. Often I wandered why people behaved in certain way. I was amazed when I watched travel shows that were hardly available in the tv. What amazed me most? Culture!

I grew up as an unhappy baby that couldn’t wait to get out of that ‘hole at the end of the world’. While I loved the nature, I wanted to experience other things too. Whenever I missed the opportunity to go on a trip with my schoolmates, due to financial difficulties, I felt excluded, sad and even more curious.

But when I got on the trip, I was in the other world, couldn’t be more happier. Now I think that the fact that travelling wasn’t that easily accessible, it made it even more worth it and I appreciated more.

Since I can remember I felt that urge to see other places, to discover, to experience. Society was telling me, that if you like travelling and travel often or for extended period of time, it means that you are running away. Potentially running away from issues that you have for sure. Otherwise, who would be so “stupid” to travel that far, just to see something. Small and short trips were fine, but long haul/extended? “Nahhh. There is something wrong with you.”

I always knew I wanted more form life, I wanted to study a subject that will absorb every inch of me. But I wasn’t sure what it should be. After finishing secondary school, I had to decide what’s next. Such a hard decision when you don’t know what you want to do! I knew that if I go further with education, it will have to be part time, as I will have to work at the same time. Uni was too expensive, so I chose post-secondary school. Still didn’t know what subject! At one point, I was thinking about hairdressing (don’t ask me why!). But there was no more spaces available. So I thought: well, I try with Tourism and see what next. Let me tell you now – this was the best ‘coincident’ in my life, well, one of them at least 😉

I was lost in that subject and absorbed every information that was available. I knew what direction to chose when I go to Uni – Tourism and Recreation. Since then I knew that my life has to, in some or the other way, be connected with that subject. Then I heard about the profession, that sounded like the best job in the world – travel director.

Not sure of the month, but I found the place and started the course to gain the licence. During that course we studied so many aspects of tourism, that I was even more excited. I met people, who like me, loved travelling and experiencing other cultures. Some of them were travelling a lot already – I was so jealous! Then one day – the day, that I will most probably, remember for the whole of my life – the teacher was telling us about other countries and what the job really looked like. He showed us the film from the excursion with the group to Cuba. It was nothing like you could even see on the TV (Internet wasn’t that wildly popular either). When I think about it now, it was nothing spectacular, but my jaw dropped. Since then I knew, that one day I will see all of that with my own eyes. One day I will go to Cuba and listen to that music with my own ears. And guess what? I was right!

Except, that I didn’t know that it will take me about 10 years to do it. 10 years to actually go there and follow my own way. 10 years of ups and downs. Changes in jobs, countries I lived in, getting married, struggles and other stuff that you don’t really know about ahead of time…. But I did it!

I was in a rabbit hole for a while, trying to find solutions to what was bothering me then, but couldn’t.

One day, I was scrolling the internet as usual, daydreaming and searching for flights. But for some reason, I decided to change the destination and search for Cuba.

My jaw dropped when I found flights that were at my financial reach and got really excited about it. For the first time I was actually thinking, that I may be able to follow my dreams. That instead of daydreaming, I will be able to actually go and experience the world.

But again, there was a lot of questions. More than answers. But I thought: I live only once and if I don’t book it, I will regret it. So I did!

That trip was my first long haul trip and I was doing it all on my own! For a whole month! It wasn’t spectacular, I expected more. But it changed me forever. It was the only time when I fully understood, that my dreams won’t magickly come true, but I have to work for them. It was the time when I change saying: “dreams come true” to “make your dreams to come true”.

This is where my Cuban story begins. Want to see what happened next? Read this article. 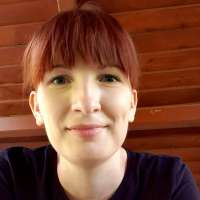 Bridget
Hello my lovely Folk, I'm Bridget - the craziest person in the world. Ok, I'm kidding :P I'm the most boring blogger in the world, so you better skip this page ;) If you are still here, you may want to join me in taking care of your own travel dreams. I won't let you to go out of here, without being inspired and having a plan. Are you ready for this? ;) More about me 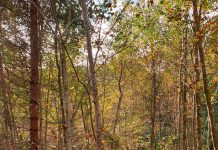 Bridget - 12th October 2020 0
Yey! I’ve got it! I finally made it to Bieszczady and conquered Tarnica - it’s highest peak (on Polish side)  to the collection of... 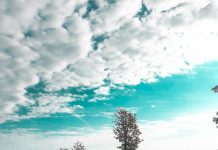 Bridget - 19th April 2020 0
There are two kinds of statements you hear or tell yourself. These are lies and truths. Let's identify what they exactly are. Lies You’re hopeless. You’re... 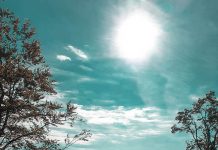